The day finally arrived when lockdown measures eased sufficiently for us to celebrate the spirit of community excellently captured by our winning slogan.

Heres a short video of the unveiling ceremony and the full story below.

A special ‘rainbow’ memorial commemorating the ongoing battle against COVID-19 was unveiled at The Heath Business and Technical Park today as a lasting tribute to all those affected by the pandemic.

The event was attended by Halton MP Derek Twigg and Lady Anne Dodd, wife of comedy legend the late Sir Ken Dodd, whose nephew John Lewis MBE is the owner of The Heath.

The symbolic rainbow has been created from boulders at The Heath which have been on site since the location was constructed back in the 1960s. A competition, staged to find an appropriate slogan to complete the tribute, was won by Christine Lincoln, former Deputy Head of The Heath School, with her entry: Community is the Pot of Gold.

Mr Lewis says: “The rainbow has become a significant symbol of 2020 and, with so many sacrifices having been made during this dreadful pandemic, this seemed the most appropriate memorial to stand as a permanent reminder of these turbulent times.  Christine’s slogan is particularly appropriate because it reflects the vital importance of community and also the hope that things will eventually get better.”

Throughout Lockdown, The Heath, one of the UK’s leading independently owned business and technical parks, has played a key role in keeping its local community connected through an interactive website https://heathlive.com/.  HeathLive was set up to engage with people and to help to combat loneliness.

“The Heath is an important community asset, but Lockdown meant that all our numerous daily events and leisure activities, which normally attract hundreds of people to our site, were cancelled. However, we decided that just because people couldn’t get to The Heath, we would bring The Heath to them through HeathLive. We devised a platform where visitors could find entertainment, exercise and engage with each other to combat loneliness and keep connected,” says Mr Lewis.

The rainbow tribute was the idea of Eileen Miller and designed by Alison Albion who are both members of The Heath’s community team.

Mrs Lincoln was presented with £1,000 for her winning slogan that she has donated to Halton Haven Hospice which receives £800 with Stick and Step, which supports children with Cerebral Palsy and their families, receiving £200.  She also raised a commemorative flag that will fly above The Heath until the COVID-19 pandemic is finally over.

Mrs Lincoln says: “I have been following HeathLive through Lockdown to keep abreast of what’s been happening at The Heath and when they launched the Rainbow Tribute competition I only entered to join in the fun, I never expected to win! Heath Live has been like a pot of gold, keeping me in touch with people I consider to be not only colleagues but friends.” 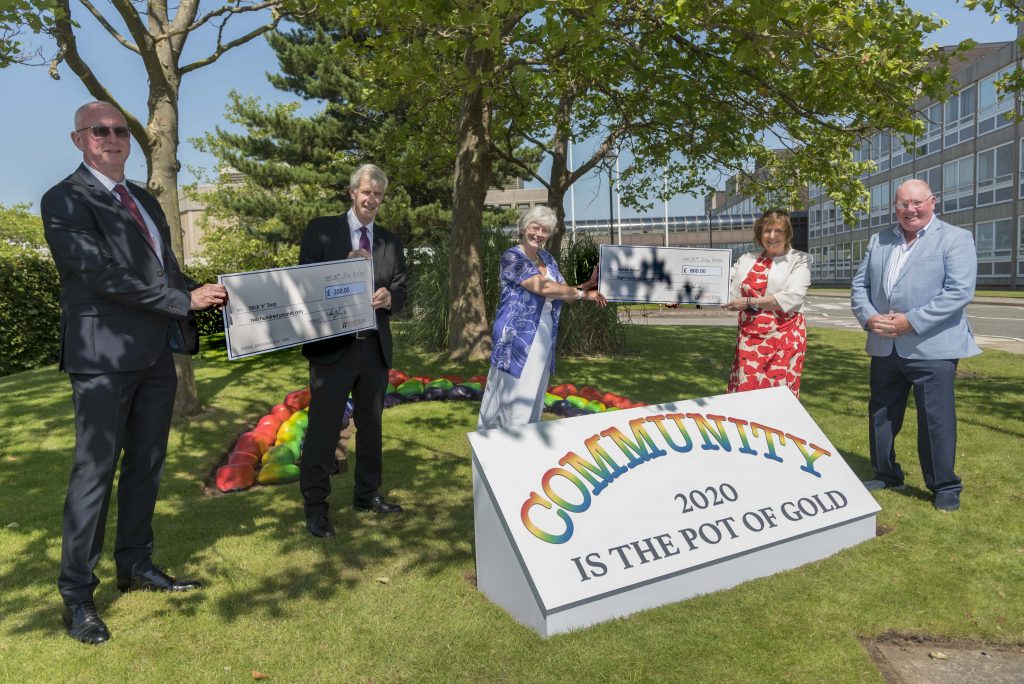 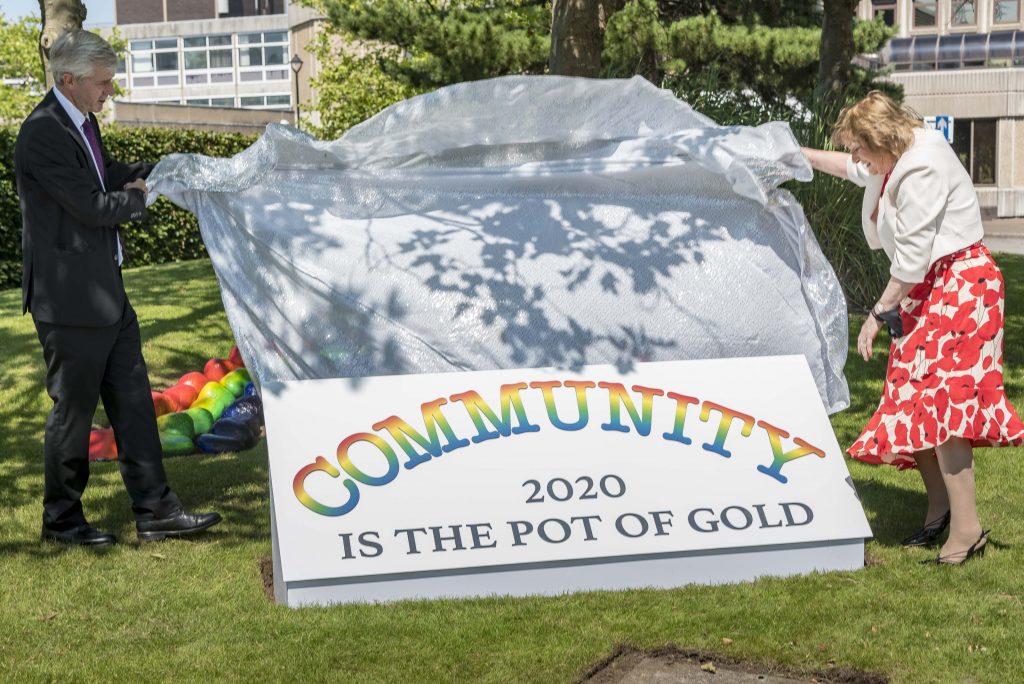