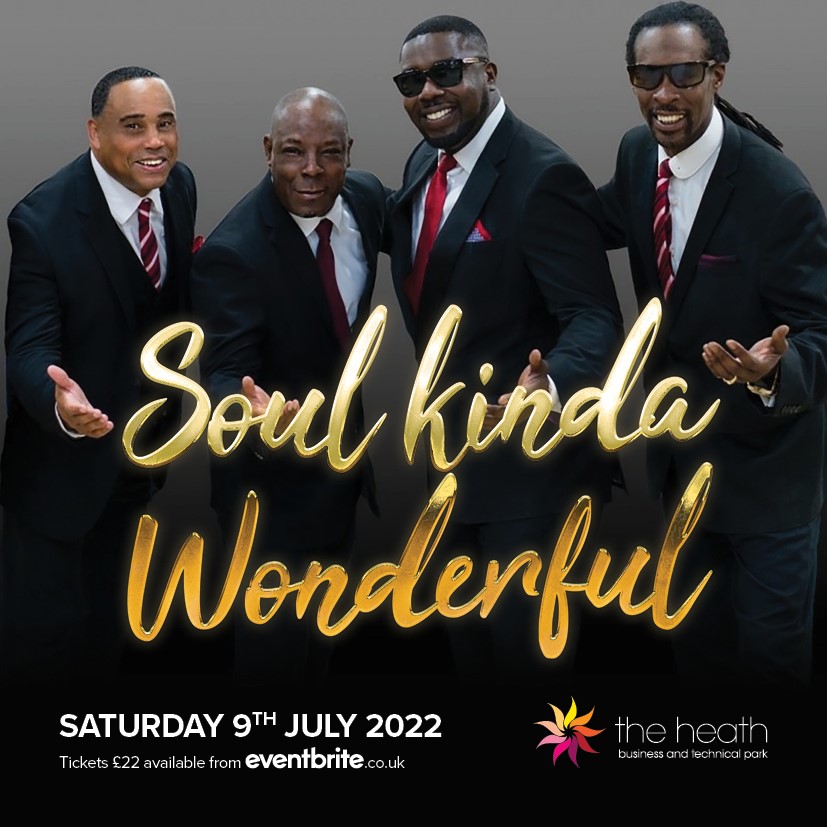 With over a decade of experience playing together, Soul ‘Kinda’ Wonderful rekindle the magic in classic songs like ‘Under the Boardwalk’, ‘Spanish Harlem’, ‘Save the Last Dance for Me’, ‘Build Me Up Buttercup ‘, ‘Up on the Roof’, and countless others. These songs are guaranteed to get guests dancing with well-known lyrics, enticing rhythms, and nostalgic memories.

Richie Sampson is the founder of the group drawing from years of experiencing performing with the likes of The Drifters members Billy Lewis, Roy G Hemmings, Peter Lamar and Butch Leake as well as being the frontman of the British soul group The Foundations. Paul Anthony and Roy Bailey join Richie on stage with a history of their own. They also have experience with The Drifters, playing alongside the legendary Ray Lewis.

The last member is Victor Alexander, a soul giant who performed for Johnny Johnson and the irrepressible Mark Morrison. This quartet is used to success with wins for the Official No. 1 Tribute to The Drifters at the National Tribute Awards being a particular highlight. The group also have won at The National Tribute Awards for 2016 and 2017. These talented singers breathe life into songs made famous by the likes of The Four Tops, The Temptations, Marvin Gaye, The Isley Brothers, Stevie Wonder, and other legends of the genre.

With their direct history to the soul and Motown movement of yesteryear and incredible musical talent, Soul ‘Kinda’ Wonderful have played for celebrities such as David Beckham, Sir Alex Ferguson, Rio Ferdinand, and Sir Trevor McDonald to name a few. These artists are equally at home bringing corporate events to life with shows on the West End, Caesar’s Palace in Las Vegas, P & O, Thomson Cruises, Manchester Palace Hotel and many others. This group are a force to be reckoned with.

Their experience both as original artists and tribute artists is astounding and they are the perfect accompaniment to any event, bringing style, grace, and unmatched live music.